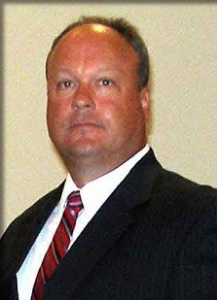 With a distinguished academic background, McAllister graduated with a Bachelor of Science in Special Studies at St. Francis College in Brooklyn, NY and went on to receive a graduate certificate in Criminal Justice Studies from the FBI National Academy-University of Virginia in Quantico. Subsequently, he obtained a Master of Arts in Criminal Justice from John Jay College, City University of New York, specializing in Police Administration and graduated from the Police Management Institute, Columbia University Business School in New York.

McAllister’s journey has run the gamut of police work and, at almost every step of the way, his talents have been recognized by promotion after promotion. In 1984, he first became a police officer. His early career as sergeant on the streets of Brooklyn offered him a bird’s-eye view into the world of narcotics of mostly buy-and-bust operations. He was eventually offered an opportunity in internal affairs investigating corruption within the New York Police Department. “Our job was to uncover the truth,” McAllister said. He quickly moved up the ranks to lieutenant and began training internal investigators, teaching them practical exercises to retain their knowledge.

His experience led him to one of his most challenging roles as inspector of the NYPD and commanding officer of the Transit Borough of Manhattan from 2005 to 2008. There, he oversaw nearly 1,000 employees, who were charged with safety and security of five million daily riders within the New York subway system. Under his command, the Transit Borough Manhattan experienced an overall decrease in reported crime of 34 percent.

Following that position, he was hired as a crime control strategy consultant for the City of Newark Police Department where he was responsible for analyzing all departmental policies and procedures.

Utilizing the Comp-Stat process as it is referred to, McAllister examined crime and internal police department procedures allowing for the re-engineering of those procedures in response to crime and their effect within the Newark community and the efficiencies of the Agency.