The Floral Park Police Department has continually recognized the value of establishing a rapport with the youth of our community through various education related programs.  Since 1976, seeing a need to classify complaints regarding youth and a proportionate rise in malicious damage as a high priority, a Youth Officer has been designated in some capacity on a part-time basis with the goal developing a comprehensive program to work with our young adults and improve communications with this important group. 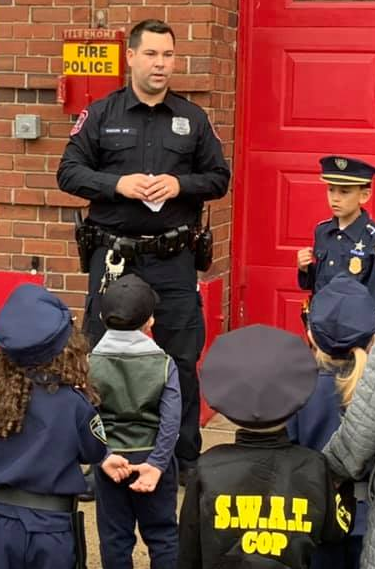 Today that role is assigned to Police Officer Matthew Viscusi, a certified school resource officer, who has developed a rapport with community leaders and school educators. He has been teaching Internet safety in the local schools and to community groups covering such topics as:

PO Viscusi has established himself as a valuable source of information. He is readily available to speak to students, parents and educators. His service within the schools has proven him to be a trustworthy school liaison and a respected member of the Floral Park Police Department. His involvement in community activities and athletic organizations keep him visible within the village and in touch with the youths of the community. He attends meetings by such groups as the PTA and PTSA, presenting programs of interest to our students and parents. 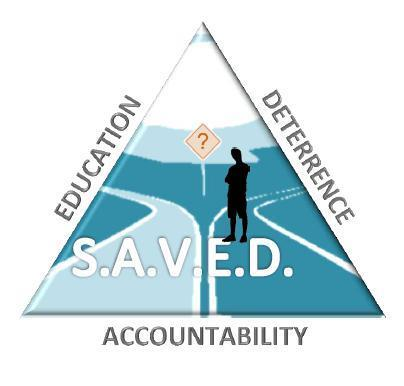 It is well known that juvenile and adolescent criminal activity is a serious challenge facing the law enforcement community throughout the country. News reports are filled with stories regarding violent crime arrests of juveniles, the proliferation of gangs, drug and alcohol abuse, and juvenile victims of crimes and abuse (especially involving internet harassment). It is statistically well established that among all males, the probability for violent behavior begins to rise after age 8, peaks at about age 17, and begins to level off again after age 24. The village of Floral Park, though far from the crisis levels facing many less fortunate communities, is neither immune nor without symptoms related to these issues.

To help combat the problem of harmful youthful behavior, the Floral Park Police Department has developed the Setting Adolescent Values through Education and Deterrence (SAVED) Initiative. The intent of this initiative is to embrace a philosophy directed at preventing adolescents from involving themselves in destructive behavior. The program is based on three principles:

Accountability: The foundation of the program is accountability. Often, unlawful and destructive behavior of juveniles and adolescents is either considered too trivial to initiate official police action against, or offending youths have their parents advised of such behavior with the anticipation they will take proper corrective action. Being that some parents have difficulty controlling their children's behavior, or are frankly poor parents, some problematic youths are never held accountable for their actions. The problem is aggravated when police, unaware of a youth's problematic history, might be unlikely to follow-up on minor infractions committed by such youths. The child learns that delinquent behavior has little or no consequences, and may be more likely to repeat such behavior, or commit more serious offenses. Therefore, not only must the adolescent be held accountable for targeted behavior, but parents and the police department must ensure that they have taken necessary steps to prevent an "at risk" youth from becoming a casualty of their own poor choices. As "young starters" are the most likely to be recidivists, it is important to maintain databases that track the history of problematic youths. According to the Office of Juvenile Justice and Delinquency Prevention (OJJDP) comprehensive strategy, risk assessment tools "should be employed to determine the most appropriate sanction for each youth". Each youth must be treated as an individual, and when dealing with them the following should be taken into consideration:

Education: Through educational programs coordinated with the local schools through our School Resource Officer, the Floral Park Police Department aims to bridge the gap between youth and police through presentations that not only instructs them on how to avoid common pitfalls typically faced by adolescents, but also establishes a rapport and opens up a dialogue with this group. Parents are also advised through the school PTA about various laws that affect them and their children such as the Nassau County Social Host Law. It is the goal of the police department that through education, "at risk" adolescents will be made aware of all consequences for their poor choices, legal, social, mental and physical. The objective being to have as many youths as possible steer away from harmful or destructive behavior by giving them information to make better choices.

Deterrence: Knowing that some youths will ultimately still involve themselves in destructive behavior, efforts will be made to identify adolescents that are at risk of involvement with such conduct, and to take appropriate and effective corrective action, should such associated actions come to the attention of the police. Our initiative aims to develop a systematic program related to the collection and analysis of accurate data regarding police interaction with juveniles and adolescents, sharing information and cooperating with local schools, and parents, in an effort to better prevent harmful youthful behavior by identifying potential problem individuals and taking corrective action prior to such behavior escalating into criminal or destructive activity. With this in place, types of activity can be prioritized and progressive steps of intervention instituted. Those committing more serious actions, and individuals exhibiting chronic patterns of problematic behavior, would be given a weighted response fitting both the individual and the conduct, these may include:

A fundamental goal of our police department is to work in partnership with school officials and parents, to act more as first preventers rather than first responders. The Floral Park Police Department will continue to monitor youth activity in the village. With youth related crime such as acts involving criminal mischief and graffiti down significantly from their record levels, it is a high priority of the department to remain vigilant in this area and to continually monitor the effectiveness of the program.