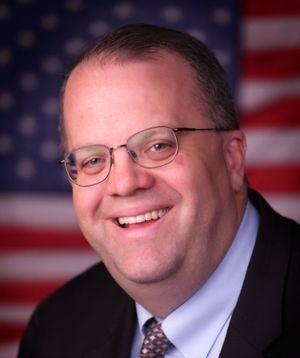 Construction on the new UBS Arena at Belmont Park is moving ahead quickly and on schedule to be completed in late November.  Hockey games, concerts and other events are already scheduled to take place at the new arena in the near future.

For the past two years, including a number of recent requests this past spring and summer, the Village has proposed to the New York Empire State Development Corporation (“ESD”) a series of proposals designed to mitigate the impact of this project on the surrounding community. Included among the Village’s proposals is a plan to preserve a small portion of space just east of Belmont Park’s North Lot (East of Belmont Park Road) as open space to serve as a buffer for the adjoining residents.

This is not a large parcel of land. But for many decades it has served as an open space buffer and has been an important quality of life safeguard for the Floral Park-Bellerose School and nearby residents.  Preserving this area as unpaved and tree-filled is all the more important as use of the North Lot is expected to increase significantly once the new arena begins to host Islander games and other events on a year-round basis. This is especially true as games and events will be held at the new arena before the new parking garage along Hempstead Turnpike will be completed and before the new “Elmont” Long Island Rail Road Station in Bellerose Terrace is fully operational.

Officially preserving as open space the area east of Belmont Park Road in the North Lot to the residential property lines in the West End would not seem to be an extraordinary request. This small area has been unpaved and tree filled as long as anyone can remember. Further, the development plans in ESD’s Final Environmental Impact Statement for the Belmont Redevelopment Project indicated that this area would be left untouched by construction and that privacy-screening would be placed along the eastern edge of Belmont Park Road boundary of the North Lot.

However, this area has been the subject of contention over the last several months.  In particular, the Village has been seeking to preserve a small triangular piece of property adjoining the dead end of Crocus Avenue and the playground at the Floral Park-Bellerose School (the “Triangle”).

While the preservation of this area as open space was being discussed with ESD (on behalf of the State), the Village was alerted by residents to significant construction activities encroaching across Belmont Park Road into the Triangle.

The Village sought the assistance of our State representatives and Senator Anna Kaplan and Assemblywoman Michaelle Solages interceded to actively engage with ESD and representatives of the developers (New York Arena Partners (NYAP) and Sterling Project Development (Sterling)) to address this issue.  Based on this productive engagement, Senator Kaplan’s and Assemblywoman Solages’ proposal was for this area to be preserved as green space with appropriate fencing and plantings, and for the Floral Park-Bellerose School District to be granted an easement over the Triangle for use as a future outdoor classroom and new evacuation route for the Floral Park-Bellerose School.

After an extensive back and forth, the Village was recently informed by ESD that it had confirmed that the Triangle would be completely fenced in so as to prevent access from the North Lot and, importantly, it would remain unpaved. Further, we were informed that consideration was being given to granting an easement to the Triangle to the Floral Park-Bellerose School District for use of the space for school purposes, as requested by Senator Kaplan and Assemblywoman Solages.

Despite assurances that the Triangle would not be used by NYAP as part of Belmont Redevelopment Project, NYAP, Sterling and their contractors continued with their construction activity. The Village brought this to Senator Kaplan’s attention and, thankfully, Senator Kaplan once again interceded.  She forcefully advocated to the New York State Franchise Oversight Board (FOB) (which has authority and control over the State-owned land at Belmont) and to Governor Hochul’s senior staff on behalf of the Village, the School District and, most importantly, the residents on Crocus and Hazel Avenues who are most directly impacted by this unauthorized activity. Thanks to Senator Kaplan’s actions, the FOB issued a written notice and directive to NYAP (i) confirming that the Triangle is owned and controlled by the State and New York Racing Association (NYRA), (ii) stating that NYAP, Sterling and their contractors have no authority over the parcel, and (iii) expressly ordering those entities to cease any further activity on the Triangle parcel.

The Village Board of Trustees and I wish to express our sincere appreciation to Senator Anna Kaplan and Assemblywoman Michelle Solages for their work to preserve a long-standing buffer area between the North Lot and the Floral Park-Bellerose Elementary School and the residences along Crocus Avenue.  Additionally, we would like to thank the residents who live along the perimeter for their patience, support, ideas and advocacy during the past few months in bringing forth to the various agencies and local elected officials the real-life impacts that they were experiencing during the ongoing construction and what they fear could happen without this buffer.

With respect to the area just south of the Triangle (around the Mayfair Gate heading south toward Belmont Park Road) the Village has received assurances from ESD and NYRA that there are no plans for property to be utilized in the future. In fact, representatives from NYRA recently stated to the Village that they agree that this area should remain unpaved and tree filled, as it has always been.

Additionally, the Village Board has been meeting with our Police Commissioner and staff to discuss possible impact from the opening of the new arena.  With that said, please be aware that all traffic laws (e.g., speed limits, “don’t block the Box”, excessive horn honking, etc.)  and quality of life issues will be addressed head on by our Police Department to ensure that our Village remains the place we have all come to love and enjoy.