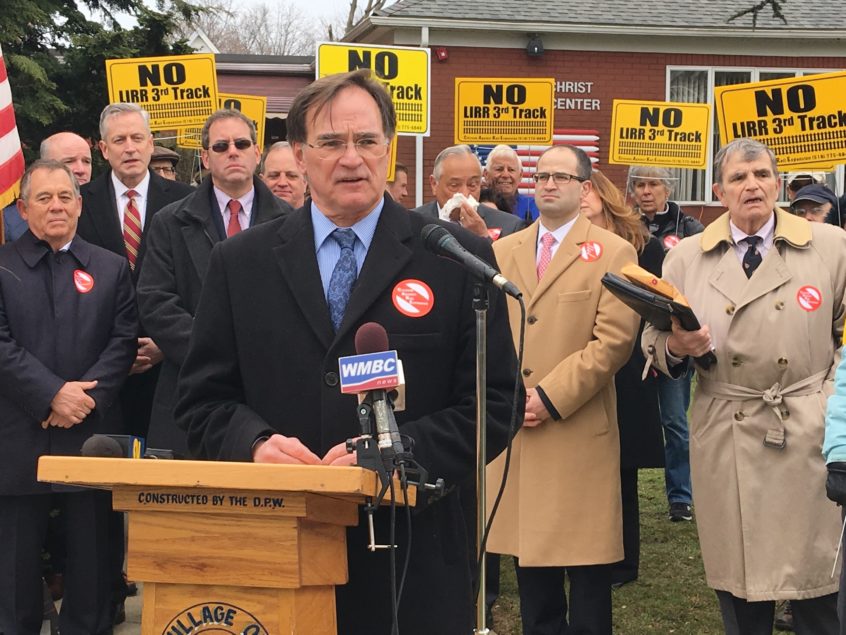 NEW HYDE PARK – March 24, 2017 – The Mayors of the Villages of New Hyde Park, Floral Park and Garden City hosted a press conference on March 24th at the New Hyde Park Village Hall to urge the MTA/LIRR to heed the calls of a growing number of State and local elected officials that the Third Track Draft Environmental Statement needs to be re-done and a new comment period commenced. The press conference came after many concerns have been raised about the deficiencies in the DEIS to conform to the State Environmental Quality Review Act (SEQRA) and recent revelations, based on news reports, that a state agency has been reviewing a proposal to send 900 tons of municipal trash down the Mainline each day.

Concerns over the MTA/LIRR’s lack of transparency have been mounting as this process has progressed.

Serious questions about the inadequacies of the disclosure of information in the Third Track DEIS were raised by residents and elected officials along the Mainline at the hearings held on the DEIS in mid-January. As part of the DEIS Comment process, in February the Vertex Companies, the environmental and engineering firm retained by the Villages of Floral Park, New Hyde Park and Garden City, issued its analysis of the Third Track DEIS. Vertex’s lengthy report identified numerous errors, deficiencies and omissions in the DEIS. Ultimately, the Vertex Report concluded that the DEIS failed to provide the public with the information needed to perform an informed evaluation of the potential impacts of the proposed project.

The comments to the DEIS, issued on behalf of the three Villages by their counsel, Beveridge & Diamond, PC in February also, noted many additional failings of the Third Track DEIS. Among these failings, Beveridge & Diamond highlighted the fact that very little was disclosed by the MTA/LIRR in the DEIS regarding the potential for contaminants in the ground that will necessarily be disturbed during excavation as part of the construction process. One specific example cited by Beveridge & Diamond related to Agent Orange. Beveridge & Diamond pointed out that Agent Orange “was in widespread use as a defoliant by the LIRR until approximately 1976 . . . Yet, the term “Agent Orange” is nowhere to be found in the DEIS.” B&D Comment letter at page 25.

In late February, a few weeks after the close of the Comment Period to the DEIS, the Nassau County Village Officials Association, representing the 64 Villages of Nassau County, passed a resolution supporting the requests made by the Villages along the Mainline “that the LIRR/MTA revise the DEIS to address all legitimate and reasonable concerns raised by the Mainline Villages and their respective residents and stakeholders and consultants.”

Notwithstanding representations to the contrary, increased transportation of freight is clearly a motivation for the 3rd Track Project. The issue of increased freight, potentially including hazardous waste, is of great concern to the communities and residents we represent. Unfortunately, it is an issue the LIRR has avoided in the scoping and environmental review process.

Now we learn that at the same time the LIRR rushed through an environmental review process in order to suppress opposition, a state agency has been reviewing a proposal to send 900 tons of municipal trash down the main line each day. This proposal was never disclosed in the DEIS or at the hearings. Community leaders and residents must be provided with full disclosure and must be given the opportunity to ask questions and raise concerns. An environmental impact statement that fails to address this issue is per se incomplete.

Concluding that the Third Track Project could be “the 21st Century version of the ‘garbage barge’”, the County Legislators stated “the public has a right to have their voices heard on this very important environmental issue, which right has been denied by the failure to disclose this obvious environmental impact.”

The County Legislators’ charge that the LIRR is skirting its responsibility to conduct a proper environmental review for this proposed mega project harkens back to Beveridge & Diamond’s analysis of why the perpetually cash strapped LIRR would so readily forego the opportunity for Federal funding for this project. To qualify for Federal funding, the LIRR would have to submit this project to the more rigorous and independent environmental review standard under the federal National Environmental Protection Act (NEPA) . Over ten years ago, when the LIRR last unsuccessfully sought approval for the Third Track, it proceeded under NEPA. Beveridge & Diamond, in its Comment Letter, opined that “If the opportunity to secure federal funding has been snubbed at the expense of taxpayers and commuters simply because MTA/LIRR wants to avoid a rigorous, independent environmental review of this Project under NEPA, then the integrity of the entire process is suspect.” Beveridge & Diamond Comment Letter at page 6.

Technical Review of Draft Environmental Impact Statement, issued by The Vertex Companies on February 14, 2017, available at : 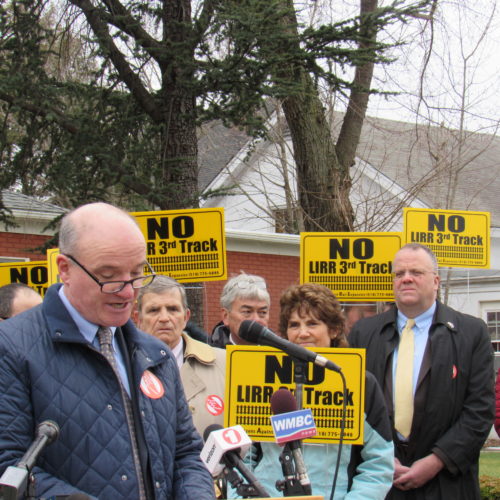 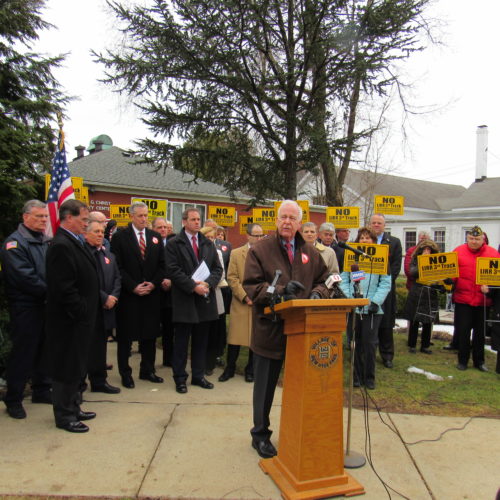 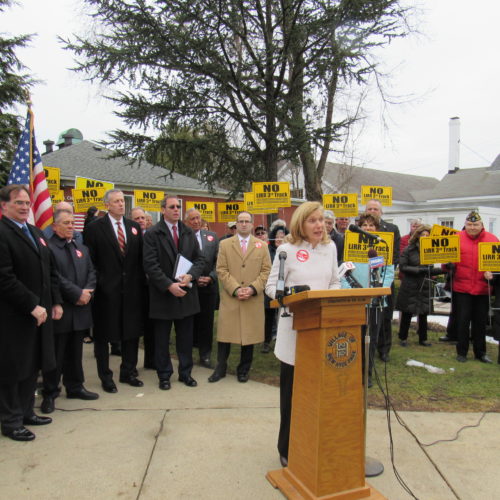 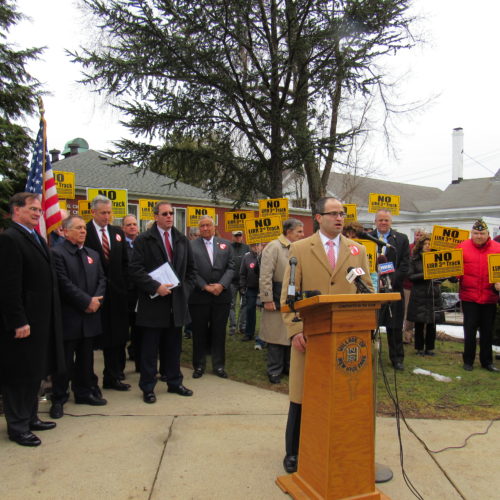 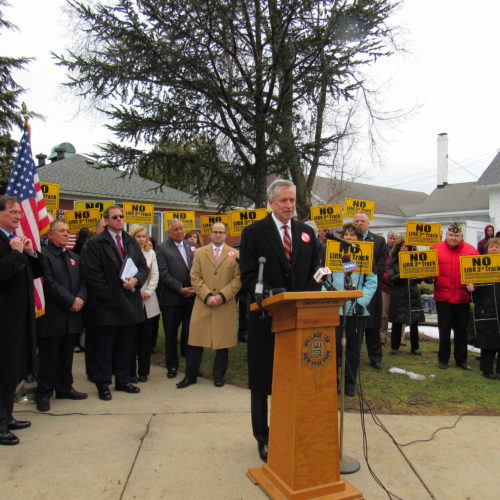 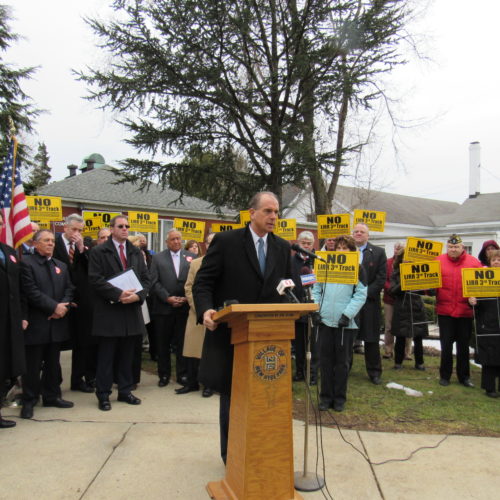 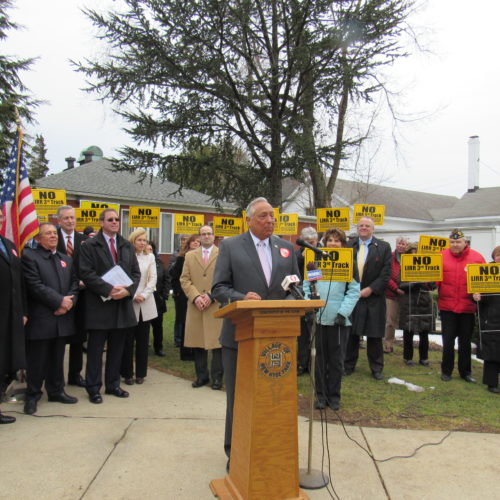 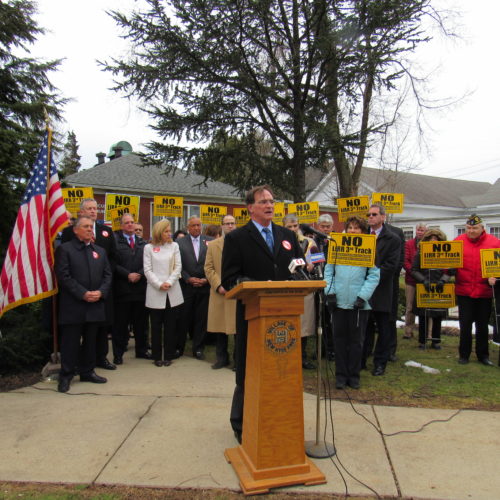 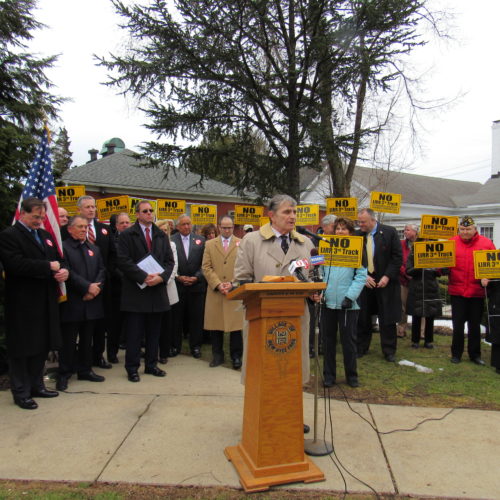 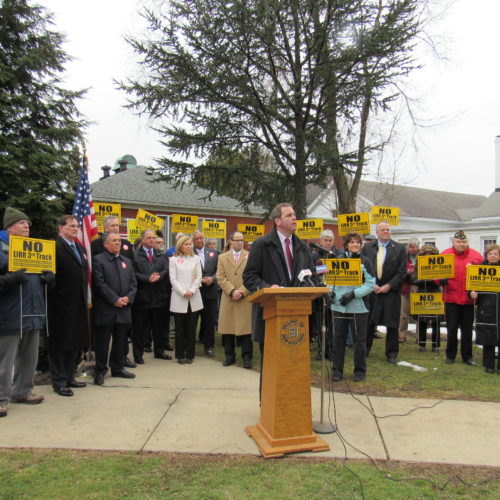 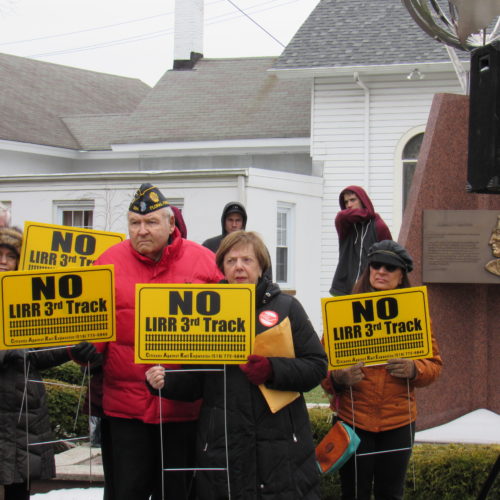